Note: this post has been updated since my first visit on 7 January. On my second visit, I was able to look inside the church.

I take the bus north along a road lined with nail bars, Middle Eastern restaurants and grocery stores, stacked outside with an improbable number of oranges. Why could anyone possibly want so many oranges?

The church is on a residential street beyond a long strip of grass, a corridor of velvet green. It is quiet except for the sound of children playing outside the primary school. Occasionally a jogger or a parent pushing a pram rounds the corner and I worry about how I look, with my camera and notebook. 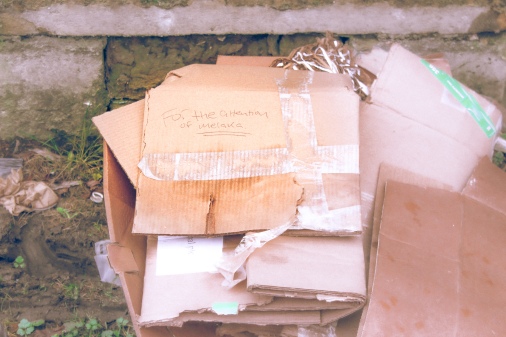 When I visit for the first time the church is locked: I try to decode the things I find, like signs. A cigarette packet and bags of dog mess hanging on the iron fence; takeaway cartons, a can of energy drink, a single shoe. Near a pile of black bin bags there are three withered hydrangeas. On the ground, scattered: a child’s alphabet poster, a Capri-Sun (cherry flavour), a cardboard tray that may once have held soft fruit. What looks like the branch of a Christmas tree, still green, covered in cotton wool — an approximation of fake snow. A note on top of a pile of flattened cardboard.

The second time, I meet Dawit, the church secretary. I found his email address on a new-looking sign, reading ‘Ethiopian Orthodox Tewahedo UK and Ireland Diocese London Debre Genet Holy Trinity Church’. Inside, he tells me how the whole of the western wall is subsidising; the vast cracks extend to the eastern end. The western window is held up by a scaffold, very rusty, bolted into the walls. Netting has collected in drifts on the cornices, laced with feathers. The same feathers are caught in the tree below, where a partially obscured plaque reads, ‘in memory Gladys Waller’. 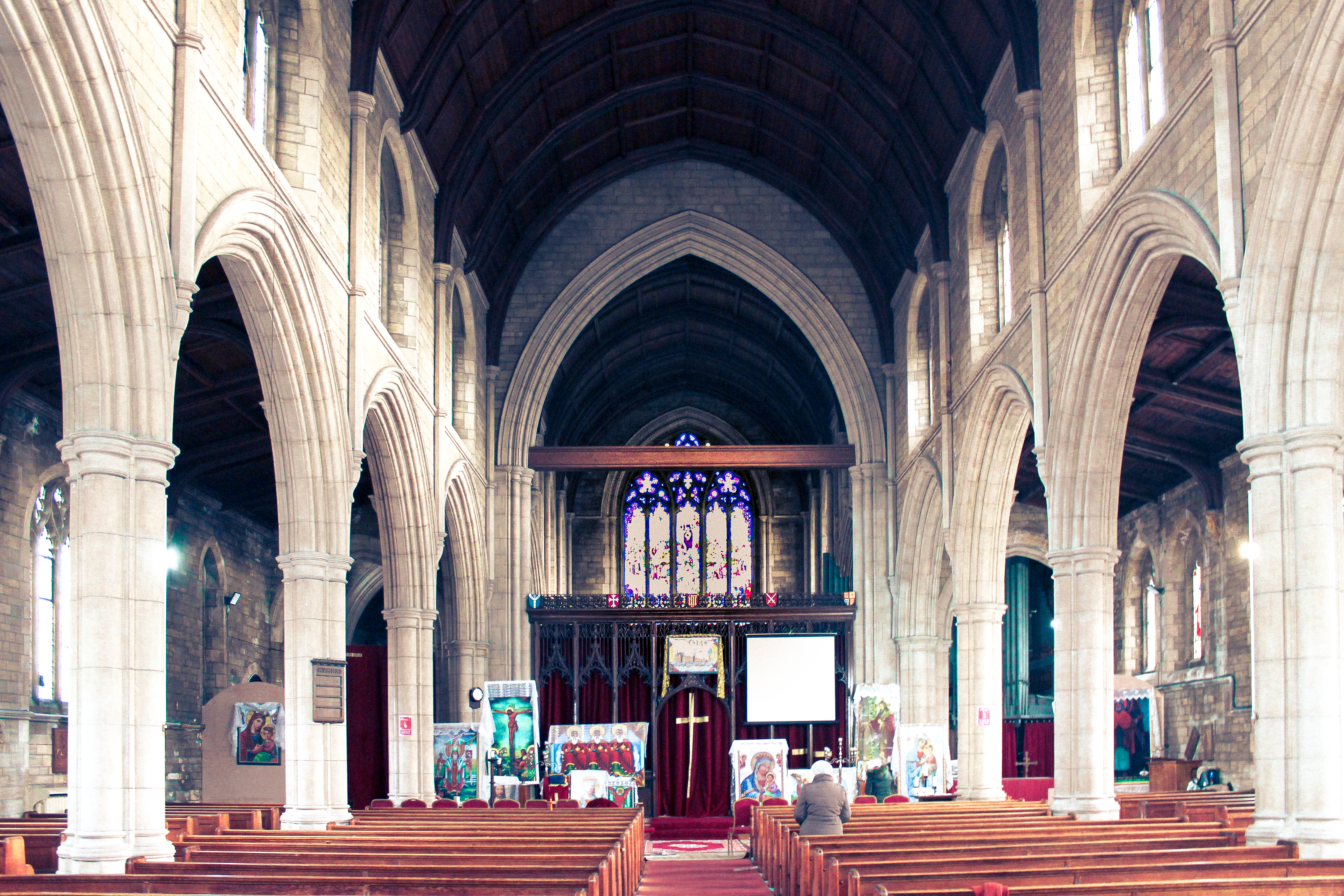 They bought the building from the Church of England in April last year. It cost them over two million pounds. They managed to raise a million in donations, but had to take out a mortgage on the rest from Barclays. They can’t find the C of E survey reports, so are forced to conduct a new investigation into the problems. Besides, there is the issue of funding — they have a mortgage to pay off, and their own volunteer programmes to run. They are applying to the Heritage Lottery Fund. 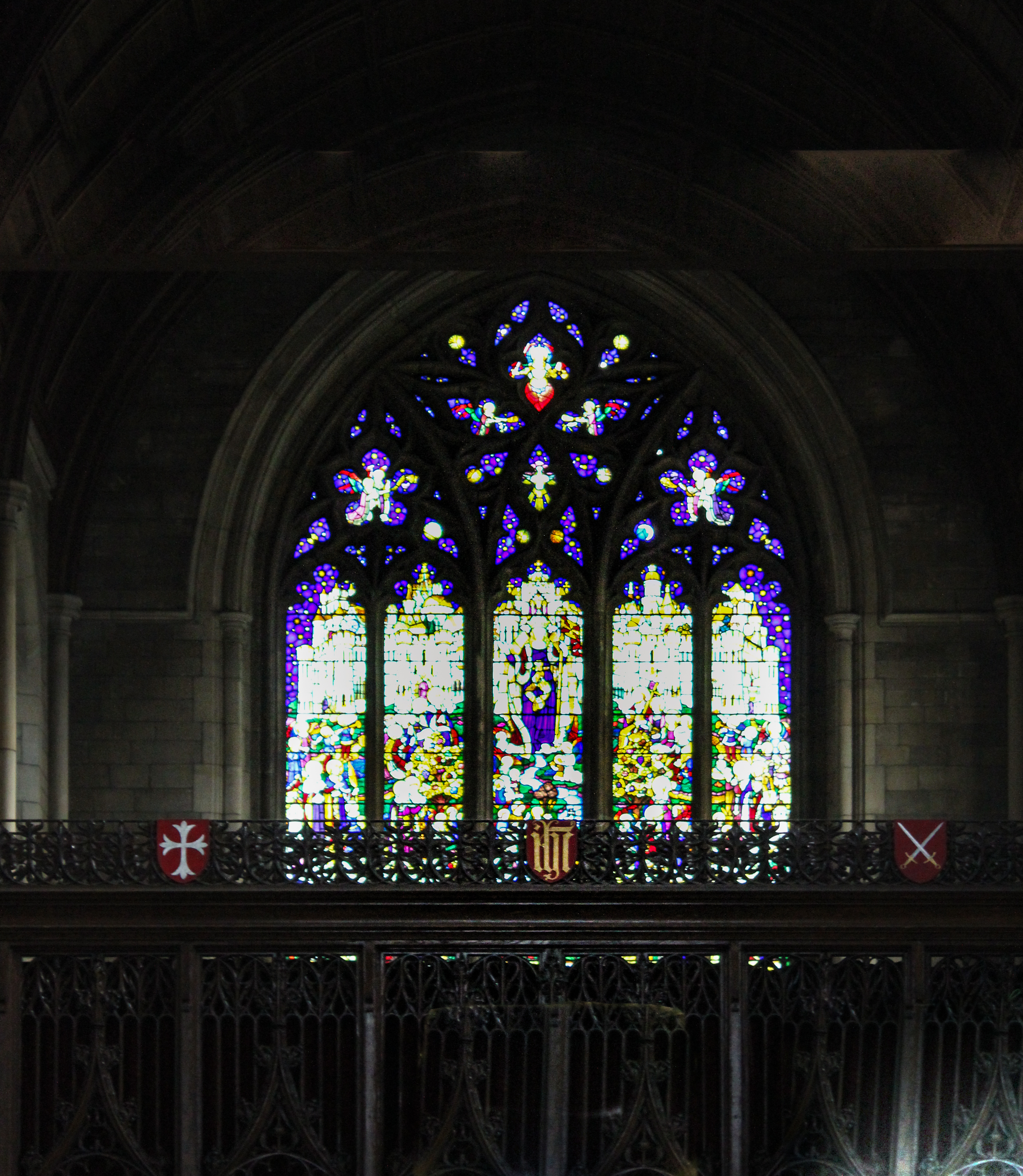 Still, they have already fixed the leaks troubling the right and left sides of the nave. Inside, I marvel at the eastern window: Christ inside the gates of the city of Heaven, surrounded by the saints, before a purple sky studded with stars. A few women, white linen draped over their heads, quietly mouth words to themselves: praying. The sound of a rattle from a baby. One of them whispers to me to take off my shoes.

They have 500 members, from all over the city. On a Sunday, it will be full. People want to come at all hours to pray; they hope to keep it open 24/7, one day. 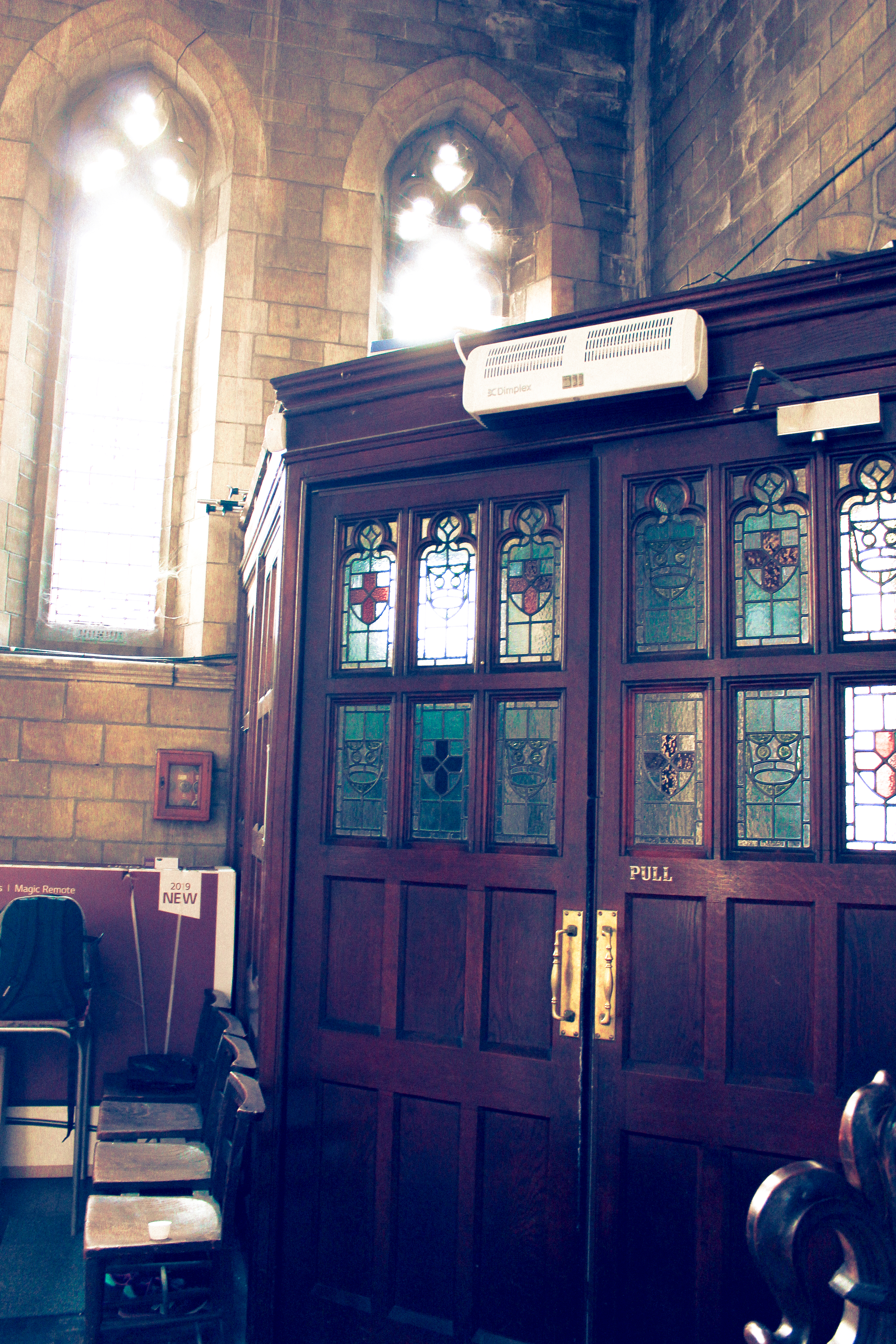 When he first arrived in London, Social Services brought Dawit to the church. It was then in Battersea: the current church was founded in 2006. “I have become and grown in the church.” Since then, they have been looking for a permanent home. “It is a big moment,” he says, “it is difficult to find a church like this. It was a big relief when it finally came through.”

The chancel is obscured by a thick maroon curtain. “This is sacred in our religion. Only the priest can pass.” Scattered around, they have brought their own artwork: images of Christ and the Magi, draped with lace. All around are the parephernalia of worship: long sceptres, sequinned cloth, brass containers filled with incense.

“We have been through a lot,” he explains. “We want to make everything work. What’s the point of having a heritage building?” It will take a long time, but, “one at a time, we will fix everything.” 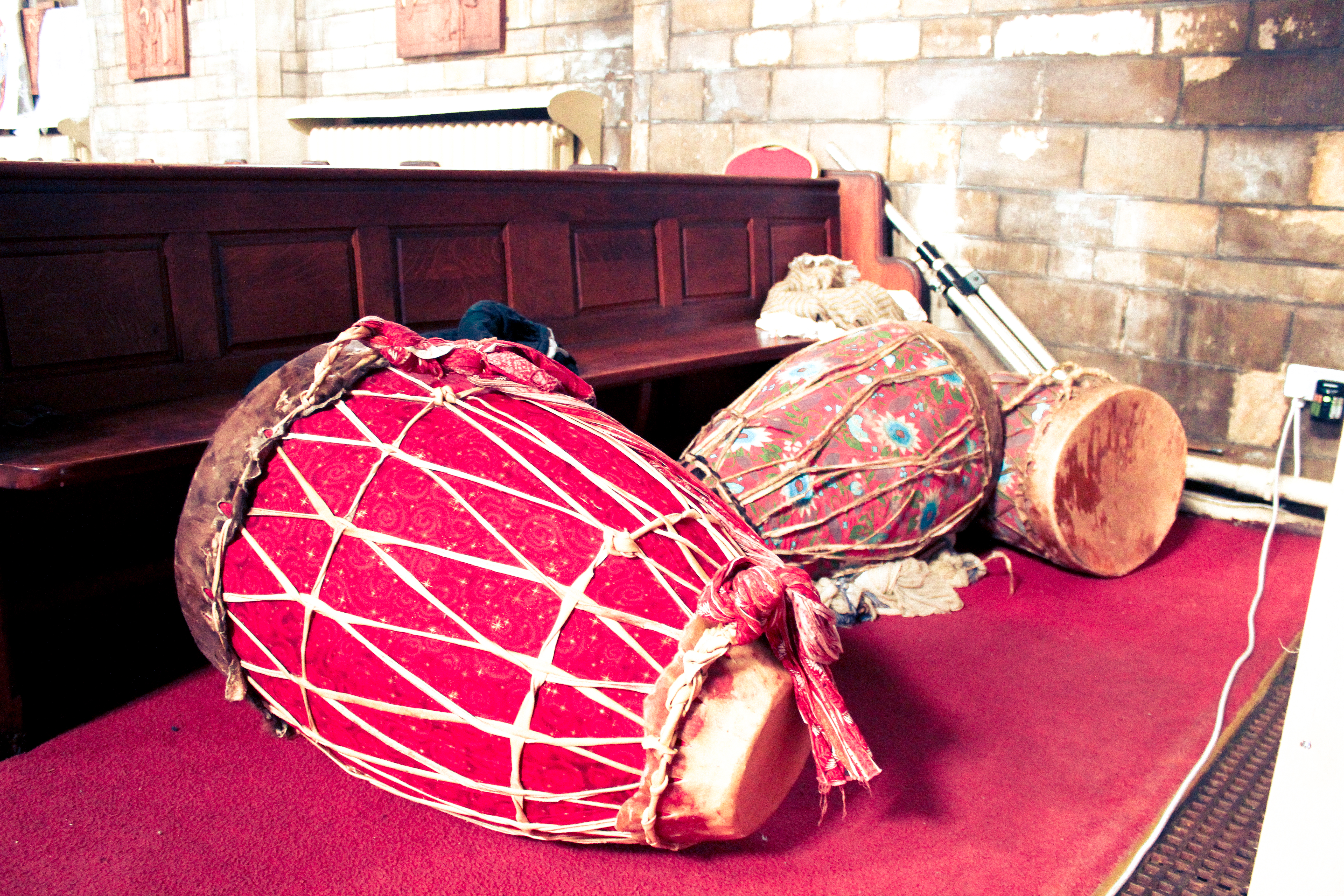 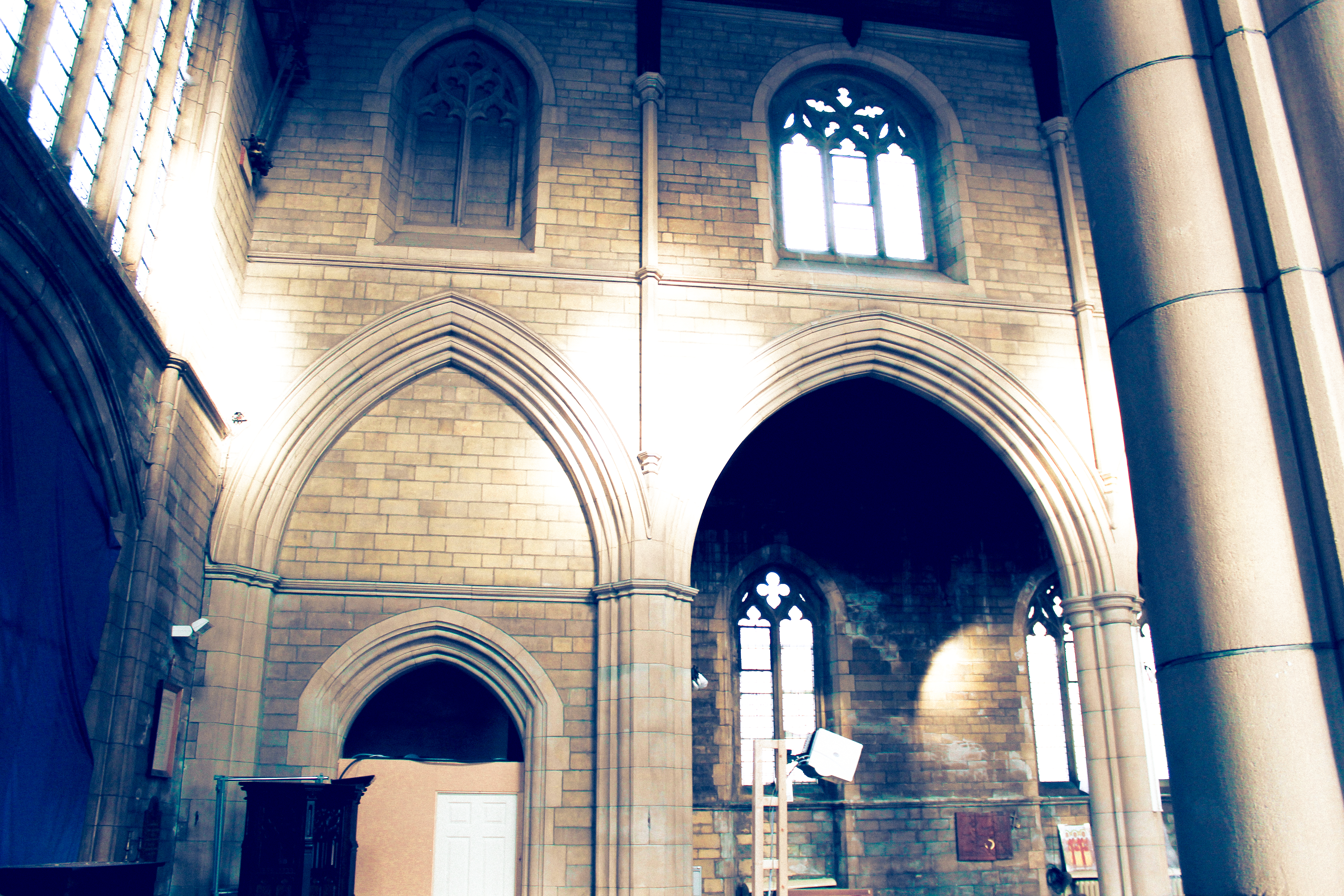 Outside the front door is one of those folding yellow signs saying ‘cleaning in progress’. On a single iron leg to the left of the gate stands a curious green letterbox, with a relief of a man running on a horse. On my first visit, a small yellow table held bundle of wax-dipped tapers, burnt at one end.

I hear the pigeon’s soft coo from their nest in the upper west window. I notice an occasional long, faint beeping, perhaps from within.

As I walk away there is the sound of a helicopter; a man across the front two seats of his gas repair van, napping; a built man in a beanie returning from the co-op with his shopping. A woman dances down the street towards me, laughing, and when she draws close giggles breathless, “I’m sorry — my friend,” gesturing behind me, but when I look round there’s no one there. 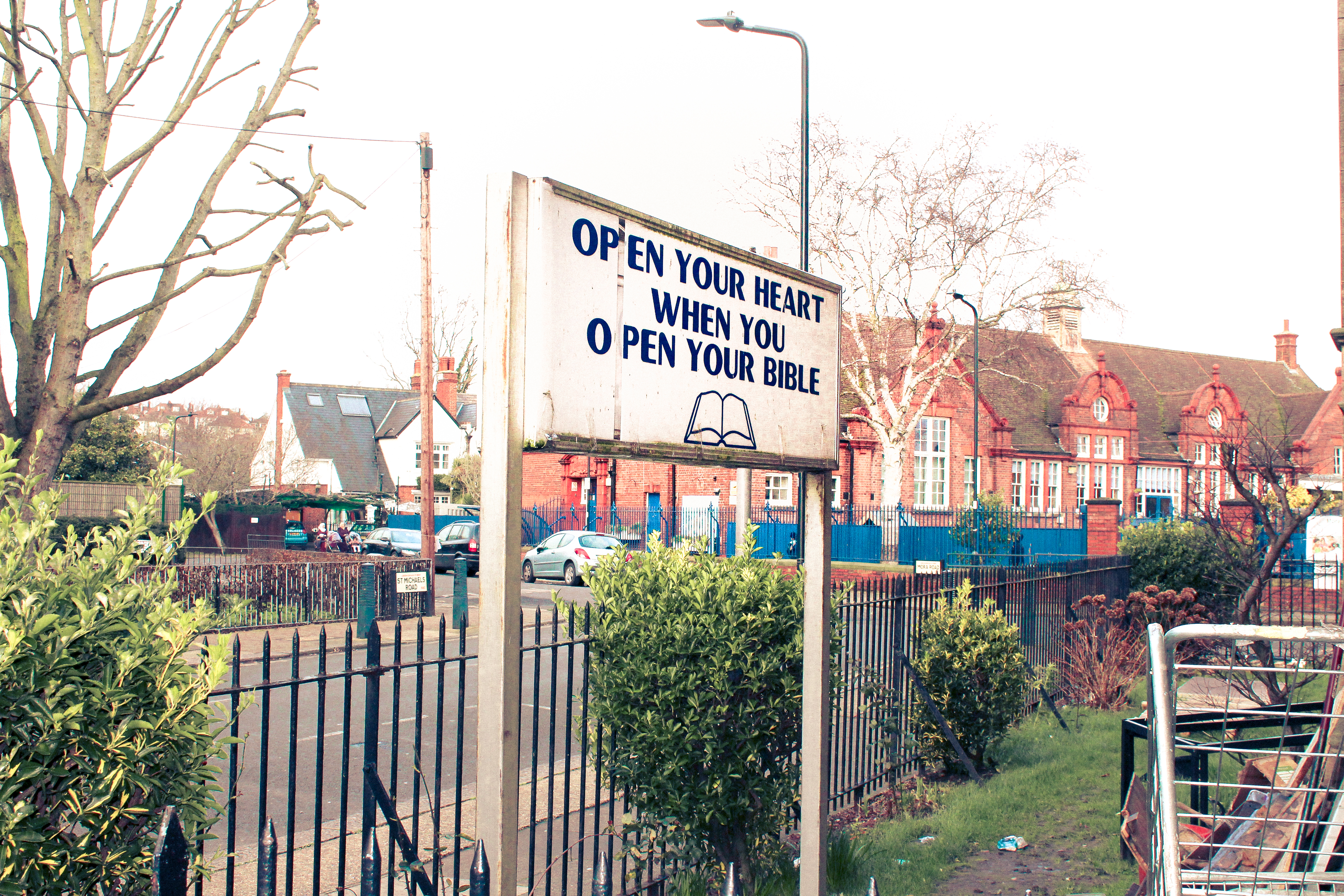